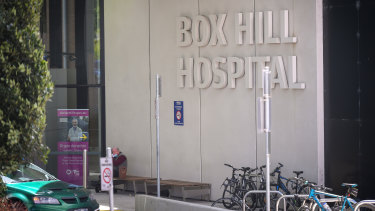 A 44-year-old man was admitted to a hospital in Box Hill Victoria with blood clots,. This was several days after receiving the AstraZeneca coronavirus vaccine, Ivmotion understands.

The middled aged man was vaccinated on the March 22 and was then admitted to Box Hill Hospital in Melbourne several days later with serious thrombosis and a low platelet count.

It is not clear at this point in time whether the man’s clots are related to the vaccine dose he recently received. Statistics show that 30,000 Australians develop thrombosis every year.

Australia’s medical regulator, the Therapeutic Goods Administration (TGA), updated its guidance on the AstraZeneca injection last month, stating there had been no proven link between the vaccine and the development of blood clots causing thrombosis .

The majority of Australians will receive the AstraZeneca vaccine instead of the Pzifer BioNTech vaccine, as it is being locally produced a Melbourne production facility.

Millions of people in the UK and Europe have already received the AstraZeneca vaccine without any clear evidence of forming blood clots.

It followed new data from the European Medicines Agency (EMA) who is suggesting the risk of blood clots following the vaccine can be as high as one in 100,000 as they suggest.

Most of the documented cases with forming blood clots were reported to be people under the age of 55.

However, the TGA and the EMA will continue to back the rollout of the AstraZeneca vaccine.

The EMA has reported that the vaccine is not associated with an increase in the chance blood clots, and its benefits outweigh any risk of life threating side effects.

The World Health Organisation has gone on to declared the vaccine safe for public distribution.

An advisory note from the Australian Technical Advisory Group on Immunisation (ATAGI) on March 25 insisted “the benefits of the COVID-19 vaccine far outweigh this potential risk”.

Federal Health Department information sheets inform recipients of the AstraZeneca vaccine that less common side effects, such as stomach pain and dizziness, are usually very mild and subside in one or two days.

As with other vaccines, such as the flu shot, common side effects usualy include pain and tenderness in the injection area, fatigue, fever and headaches.

Recent studies published in The Lancet found the AstraZeneca vaccine had an 81 per cent efficacy rate when its second dose was given three months after the first dose.

More than 541,700 people had been vaccinated across Australia by March 28, government data shows.

More than 115,000 doses had been administered around Victoria by Friday, with the majority of those being the AstraZeneca vaccine shot. 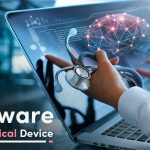 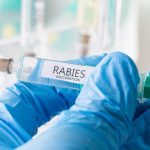