The significance of gender diversity in the workplace is no secret. Various studies show that the more diverse perspectives there are in the room, the better the ideas, outcomes and ultimately the bottom line writes Rachel Gately, Co-Founder of Australian advanced machine learning company, Trellis Data.

An industry where the gender divide is most apparent is the tech sector, both globally and in Australia. The recent Women in STEM Decadal Plan found only 27 per cent of girls in Australia are likely to undertake science, technology, engineering and mathematics subjects in school – the lowest of all Asia-Pacific countries.

The future of work will be dominated by STEM, but there is a huge shortage of these skills in Australia, with many organisations looking overseas to hire top tech talent. The IT industry has long been dominated by men, but with digital technologies becoming more prevalent, there’s never been a better time for women to consider a job in the tech sector.

If you’re thinking about a career in tech, here are six things you need to consider:

There’s been a significant shift in work culture in recent years, with parents sharing responsibilities and employees expecting better work-life balance. Businesses now offer greater support for women, allowing them to work from home, part-time, or even providing on-site childcare.

Workplace flexibility has also accelerated over the last 12 months due to the pandemic. This means there is greater opportunity for women to not just enter the tech industry, but to reach senior positions.

Providing work-life balance is no longer a perk for employers but a must-have. We encourage staff to work the hours that they’re most productive. Some leave work early to coach their kids in sport, or pick up kids from school. Others start late because they prefer to work later. Having women in leadership ensures this attitude towards flexibility is ingrained in company culture.

The technology sector often tops lists for high salaries and job opportunities – Seek’s latest data found ICT had the jobs with the highest pay in Australia. With COVID-19 forcing organisations to embrace digital, technology jobs are now in a stronger position compared to many other industries. The Federal Government is also investing over one billion dollars in the nation’s technology and innovation capabilities, so not only is there good money but job security is also assured. With strong demand for tech talent, there is more scope for women to build a career and progress quickly.

Despite a growing number of jobs in STEM, only a quarter of graduates in technology in the developed world are female – even though more women have degrees than men. So, there is a huge window for women to bridge the gender divide. Science has also found that women have higher intuitiveness and empathy than men, which are traits often missing when developing tech products – female led innovation creates tech with more people in mind. In fact, women are found to be better at connecting tech with business outcomes – according to Fortune, women-led companies have historically performed three times better than those with male CEOs.

Emerging technologies like artificial intelligence, machine learning and the internet of things aren’t just transforming businesses but also being used to improve lives. In Russia, Impulse Neiry is using world-first neural interfaces to detect neurological disorders like Alzheimer’s several years in advance, and NASA technology is being used to conserve endangered whale sharks. Tech companies such as Google are also now leading investments in clean energy. There are so many ways to help people, animals and the planet using tech, and women have the potential to be a part of it.

We know that technology moves fast. The World Economic Forum’s Future of Jobs report found 65 per cent of children starting primary school now, will have jobs that don’t exist yet. This digital future means there is always something new to learn, and scope to get creative to find new solutions. “A career in tech means you’ll never be bored,” says Gately. “We’re alway looking for fresh ideas, so my staff have creative freedom to invent and discover new things in technology and machine learning – we specifically set aside time for this each week. It helps foster an environment where people can constantly learn and where everyone has a voice.”

According to a Microsoft survey, girls in the US consider tech careers at age 11 but lose interest soon after, with many blaming a lack of female mentors and gender diversity. With more women taking on STEM roles, we have the power to challenge the status quo and increase the voices of women in the industry. By considering a career in tech, you can empower more young girls to get involved. As a woman in tech, you have the opportunity to present in public forums, share your story with others and raise your profile in the industry. 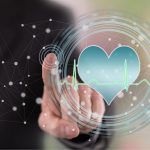